Water held a great significance in Celtic paganism. It was life giving, healing and came from deep within the earth. Where it sprang to the surface, was considered sacred and a place where gods and spirits ruled.

During the christian conversion of Europe, many churches were built above or beside these pagan water shrines. The water was blessed and the well christened after Catholic saints. Thus the water became holy. People could continue their ritual of visiting the wells provided they accepted and worshipped the true God. So merged the old religion with the new. 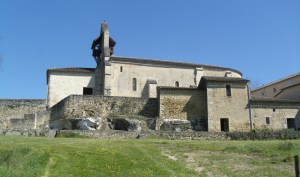 St. Martin le Puy ( The well St. Martin ) is one such church. It was built on a rock from which a spring rises. A room was cut into the base of the rock where people could sit next to the spring. A series of water channels and pools take the water away. It is probable that christenings and baptisms took place here. 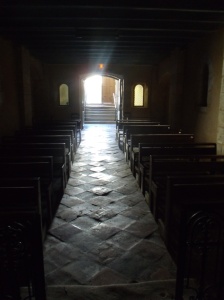 As you enter the sanctuary of the formerly named Notre Dame de Lapujade,  you can hear the gurgling waters that fall into the Holy well beside the altar. These waters are claimed to be miraculous. History tells us that in 1150  the Virgin appeared in the valley of Lapujade to young children and instructed them that her statuette placed in the sanctuary should never be removed. For 800 years since, pilgrims have revered and prayed fervantly before Notre Dame. In 1634 the sanctuary was renamed Notre Dame de Lorette, then in 1864 a grand church was constucted over the sanctuary under the orders of Cardinal Bonnet of Bordeaux.

2 thoughts on “Holy wells and churches”