August is a colourful month of medieval costumes, mock battles between knights, and celtic music.. 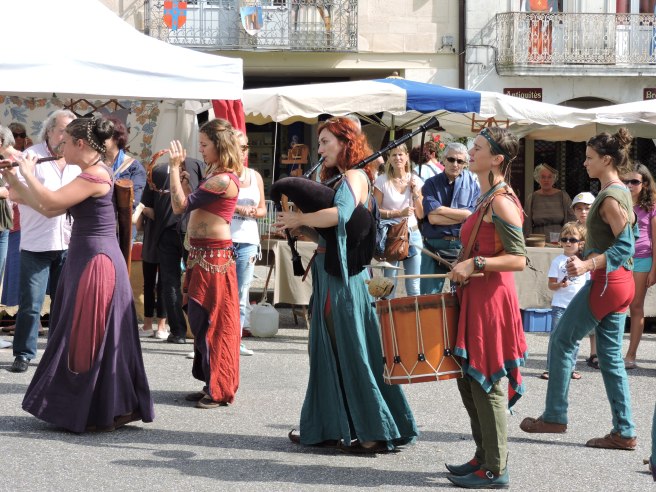 Travelling jugglers, acrobats, and troubadours pass through the Dropt valley, celebrating the historic ‘Bataille de Castillon’ of July 17th 1453. For almost two centuries english Kings had been in possession of half of France. That final confrontation between the english and french, followed by the surrender of Bordeaux in October of the same year, brought an end to the Hundred Years’ War (1337-1453). This victory retrieved french soil from the english forever.

It was during the middle age that the bastide (fortified) towns, abbeys , churches, mills and bridges were constructed, some  by the english, such as Sauveterre de Guyenne, founded in 1287, that characterise this land, and make a perfect backdrop for the ‘fêtes médiévales.’ 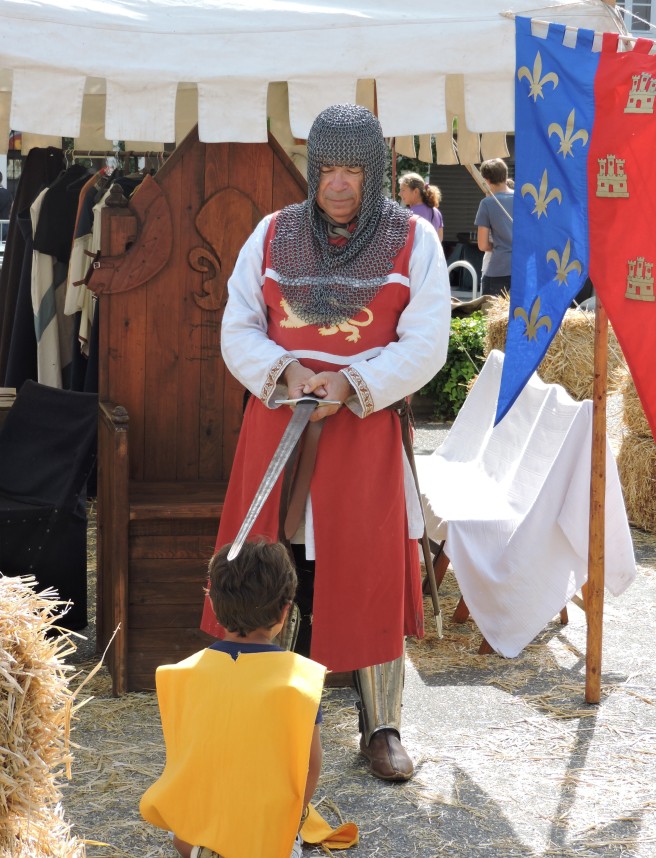 A knighthood,
for a good boy. 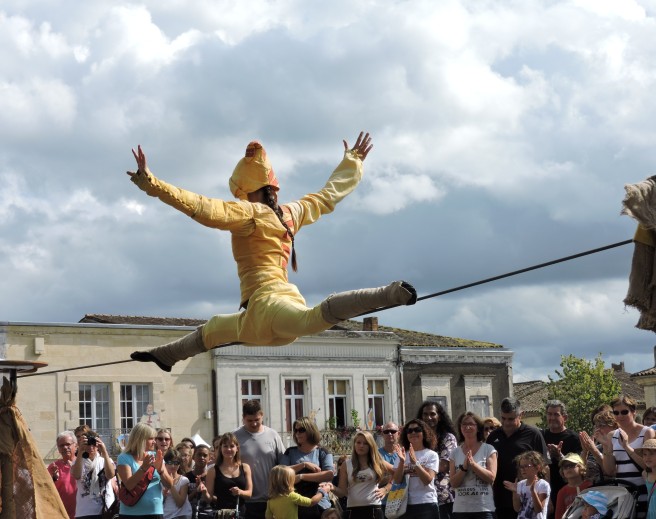 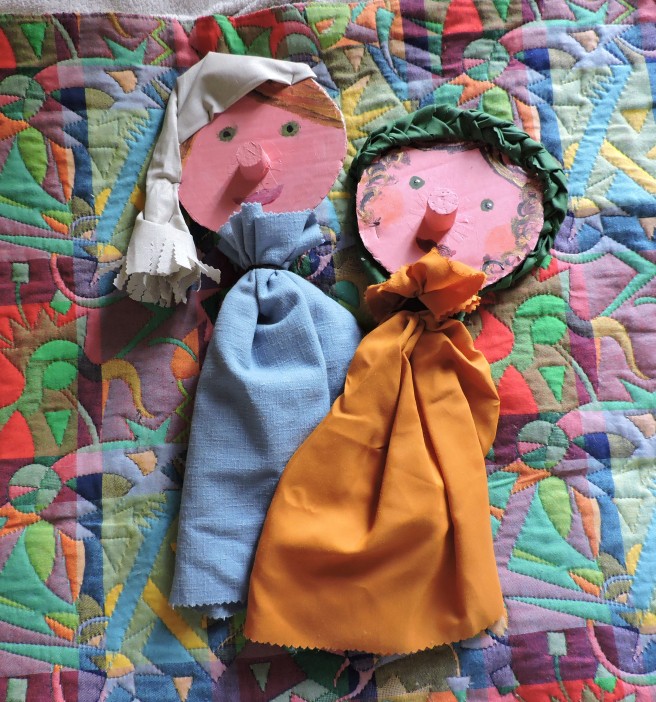 In a Marionette workshop, we fabricated our own dolls. We learned that in medieval times children made play dolls in the image of Mariole/Marion (Virgin Mary), thus the root of the puppets name. 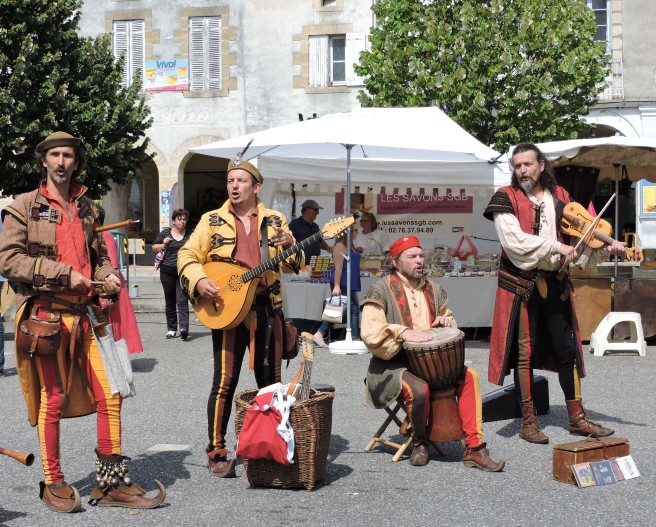 “ On true love are all my thoughts bent,
And my desires and my sweetest days,
With true and faithful heart I’ll serve always,
To live close to Amor I do consent. ”
(Piere Raiman 1180-1220)